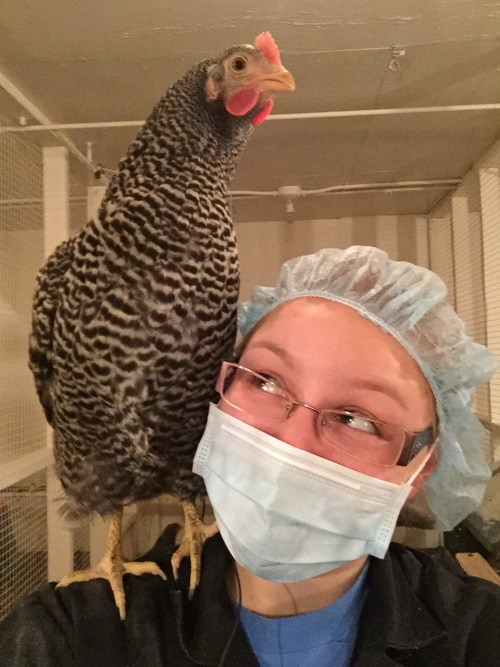 This year Rachelle (newest animal technician) and I (the egg lady) wanted to do something different for our girls. So why not put something new in the pens and watch the girls play! We both must be 90’s kids because after humming and hawing thinking of what we should place in the pens we came up with CD’s.

We found some twine in the barns and brought some old CD’s combined the two and voila a shiny swinging toy. I wish we could tell you that the girls absolutely loved it at first… but that’s not exactly what happened.

After hanging up the CD’s, we noticed a circle of chickens that would not enter the perimeter near the CD. Finally, one brave little chicken skittishly stepped one claw in, then immediately took to the air to get away from the circle. This happened for about 10 minutes then slowly some brave girls and boys stepped into the circle.

We decided to give the girls time and let them discover their new toys, so we left for lunch. We returned to a much different barn! Everyone was enamored with the swinging CD’s. One group of girls decided to remove the CD from the twine and scratch and peck at it on the floor while taking turns nudging it. 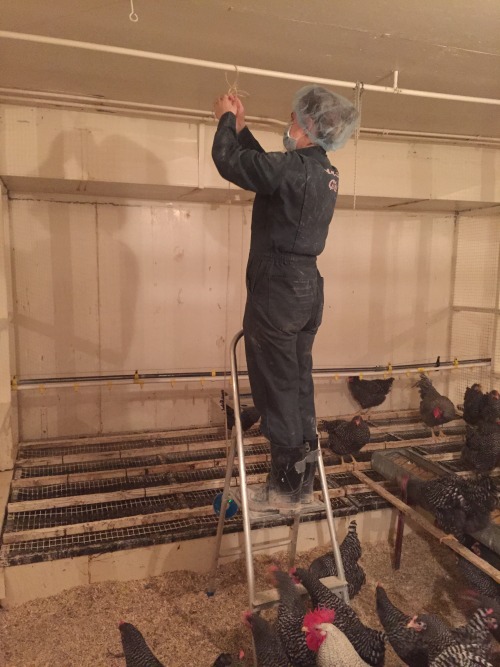 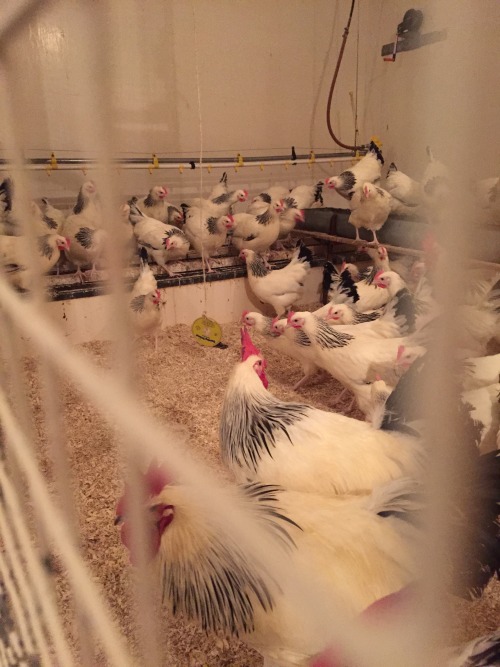 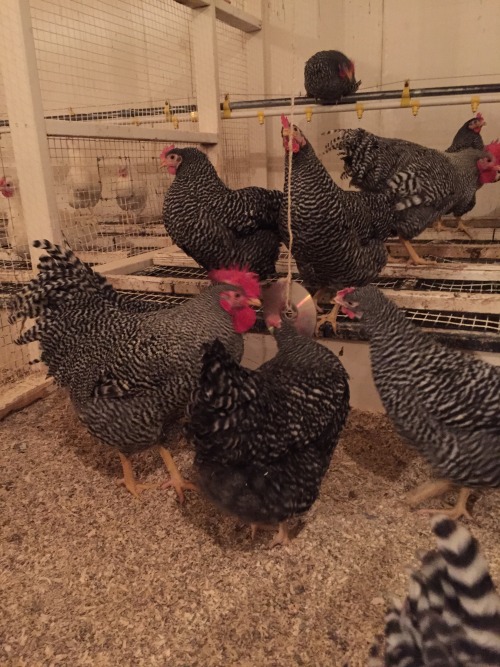 Some ladies enjoyed a good “tether ball” match! One girl would reach the CD and peck it so it would reach another bird until there were five chickens all taking a turn pecking at this swinging CD! Too bad we didn’t have a referee who knew how to play by their rules.

By keeping chickens interested in novel items we can decrease any negative behaviour such as compulsive pecking.

We gave the girls time to explore the CDs at their pace. Each breed reacted in exciting ways according to their breed characteristics. For instance, the White Leghorn, took almost a whole afternoon to warm up to the CD whereas the Barred Plymouth Rocks, (their breed is known for their curiosity) almost immediately began to peck at the CD.