In 1935 the New Hampshire’s (NH) were admitted to the American Standard for chickens. This breed of chicken originated in the state of New Hampshire in the United States. They represent a specialized selection of the Rhode Island red breed as a result of intensive selection for rapid growth, fast feathering, early maturity and vigour, which eventually inspired the emergence of a different breed. From their original home to the PRC, the New Hampshire breeds were originally kept as a nucleus breeding population at the University of Saskatchewan in Canada. The New Hampshire carries the naked neck mutant gene which can segregate for mutant and normal alleles birds. At the Poultry Research Centre the New Hampshire’s have been found to show the following characteristics: breed as a dual purpose bird (egg and meat production), brown egg producers, average mid-cycle egg weight is 53 grams, average female weight is 2100 grams and the average male weight is 2650 grams. 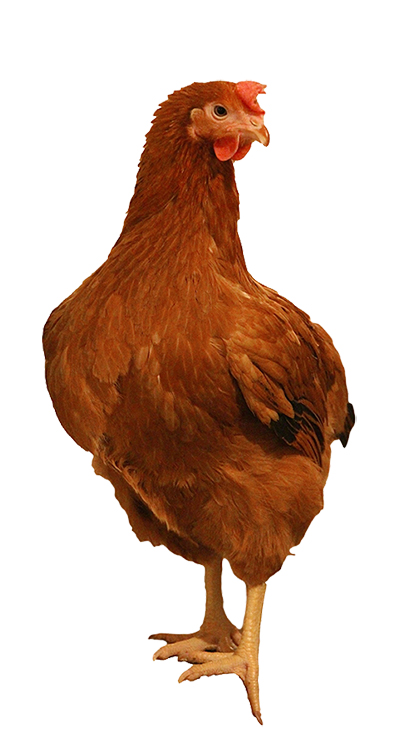